Social cohesion in a “shifting world”: going up or down? 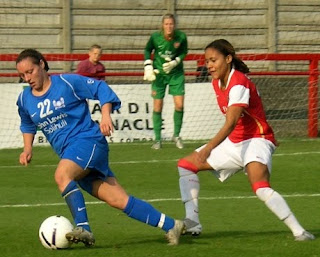 The soccer World Cup (finally!) kicked off in South Africa last Friday. It is the first one taking place in the African continent and South Africans are rightly quite proud of it. President Zuma claims that the four years of preparation have helped to create cohesion among what is otherwise an often fragmented society. National pride for the bafana, bafana (boys, boys) soccer team may indeed be kicking off a process for more cohesiveness between different social classes, ethnic groups, black and white people in this emerging economy still rattling with high inequality and social polarization. Strengthening social cohesion is not only a key challenge for the South African society in the post-Apartheid area, but also elsewhere around the globe.
Social Cohesion is the glue that holds society together, spans across different groups in a society, and is made of shared values, goals and norms. Social cohesion is dynamic, not static and driven also by perception, not only hard figures. If there is one fundamental change in the last 20 years influencing social cohesion at the global level, it is fair to say that it is “shifting wealth”. What do I mean by this? The emergence of countries like South Africa, Chile, Brazil, Vietnam and obviously China and India as economic powerhouses shape far more than the economic geography of growth. The developing countries have been constantly increasing their piece of the pie: today, non-OECD member economies account for nearly half of global GDP (in PPP terms) and are set to increase their share further in the years to come. This is not a transitory phenomenon but a fundamental shift in the economic centre of gravity with vast consequences for all of us from rich to poor. On June 16th the OECD Development Centre presents the first Perspectives on Global Development around this topic arguing that the rise of the rest should not be seen as a threat to the West.

But what does the shift mean for social cohesion? Skeptics argue that the integration of 1.5bn more workers into the global economy since the 90s has increased competition, down-ward pressure on wages and specialisation processes. If one takes the GINI coefficient as a commonly used measure of inequality, they seem to be right. As Kuznets predicts, during the development process inequalities within countries increase and only at a later stage go down eventually again. Many of the emerging countries like China and India have seen their levels of inequality soaring up shortly during periods of strong economic growth. But is it a natural fate? In fact, the good news seems that something can be done about it. If we look at the example of Brazil in the last decade we can see the impact of determined policy action on reducing inequalities: while Brazil’s overall level of inequality is still high, through social innovations like conditional cash transfers (Bolsa Familia) things have improved substantially. So polices matter as does civic engagement, a common vision and active solidarity.

What does all this tell us? First, in the coming years the further realignment of the world economy will put further pressure on established social systems. From Beijing to Berlin, from Moscow to Manila new models of social protection as well as possibilities for social mobility need to be thought of. Secondly, perceptions matter a great deal. People not only compare themselves to an absolute standard but once basic needs are fulfilled, they often compare themselves to their peers, i.e. neighbors, friends, colleagues. Policy makers need to take this more into account and think about more appropriate communication and media strategies while introducing needed reforms. Third, looking after social cohesion is not only important for the well-being of the society per se but also has an instrumental value. Studies show that innovation depend to a great deal on the effective flow of information which can be eased by social cohesion. Finally, many problems on the global level from climate change to water management, security concerns, financial regulation, etc call for a minimum of social cohesion across states. Without a minimum of understanding between societies, progress within will not be sustainable. Social cohesion is crucially needed, yes, but how to build and foster it in the new global environment and across different groups is a key, yet unsettled issue. As millions of us watch the World’s Cup together this summer, please enjoy and celebrate the social cohesion it generates– it’s worth thinking about how we can find common ground like this both within our own societies as well as globally more often than once every four years…

One thought on “Social cohesion in a “shifting world”: going up or down?”