Uncategorized
The first Wikiprogress online consultation on Youth Well-being has gained a lot of momentum with over 400 comments to date, and we have decided to extend the deadline for commenting an extra few days to the 15th May. As we’re nearing the end of our consultation, we’re keen to hear what you think our key policy recommendations should be to tangibly improve well-being for youth. Sign up and contribute your opinion here: http://bit.ly/1OwPqdd. The post below by Laura Gillies of Bluenove, one of the moderators of the discussion highlights some of the key points in the discussion so far. We look forward to hearing from you! 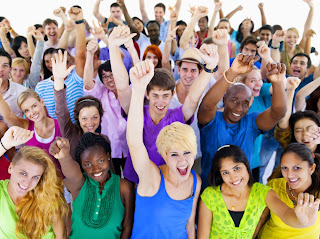 We have had some fantastic contributions in the online consultation this week. Many issues seem to revolve around the themes of giving youth validity and better utilizing social media, such as:
As we’re nearing the end of our consultation, we’re keen to hear what you think our key policy recommendations should be to tangibly improve well-being for youth. Below are some of the main points discussed in the consultation in the last week.
Recommendations for policy makers
This week the idea of what recommendations can be drawn from the discussion so far was raised. Current suggestions include:
Giving youth validity
Youth seem to be willing to participate (Obama’s 2008 presidental campaign in the U.S., governmental departments in France, youth councils, university groups, etc.) but one issue they seem to run into is that adults don’t take them seriously. Specific points and questions raised include:
Shared responsibility
The responsibility for youth well-being policy is shared between many different actors including NGOs, parents, the corporate world, governments, etc. How can these actors be convinced to take youth well-being more seriously?
Youth participation
How can youth be incorporated into the process?  Some great ideas were raised including:
Data collection
This generation of youth are more connected than ever via online platforms.
What are the possibilities for harvesting and analyzing the vast amounts of public data that can be found on social media?
What is the potential for this type of data in determining what is important for youth well-being?
Intergenerational dynamics
This week the topic of inter-generational issues was discussed in greater detail. Some key ideas emerged including how to bring older generations on board with the new ideas of youth and how to incorporate the wisdom of elderly generations in the process. This was put into the context of paths to efficient governance for youth, and the idea of inter-generational mentoring programs was raised.
Mental health
Mental health, alcohol abuse and drug abuse are often interwoven issues. Can alcohol and drug use be used as an indicator of youth well-being? Do higher levels of alcohol consumption equate to lower well-being? Does higher drug use? ​
Employment and well-being
This week the idea that employment problems for youth is an issue that is impossible to solve was raised. Do you believe this is true?
The idea that having an education system that values professional training rather than formal degrees may help with employment was also raised.
Conclusion
We strongly encourage you to add your thoughts to the debate, and regularly check back and see how the debate is progressing! Thank you again to everyone who has contributed thus far! We look forward to hearing from you in this final week!
Sign up and join in the discussion here:  http://bit.ly/1OwPqdd
Related blogs
Wikiprogress online consultation on Youth Well-being
Optimization WordPress Plugins & Solutions by W3 EDGE