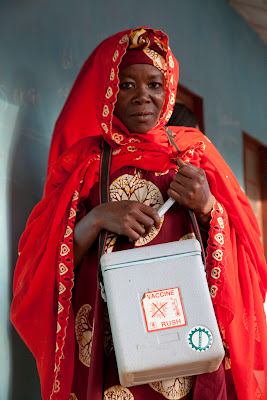 Rarely a day goes by when the news is not filled with both warnings about possible epidemics and more encouraging tales of medical breakthroughs. And yet, while these often extreme perspectives occupy the limelight, more nuanced and in-depth understandings of how and why things are working in certain countries and not in others remains relatively unheard.
Health is a key component of ODI’s Development Progress project, which for the past three years has been documenting national-level case studies (on what is working in development and why), enabling us to reflect on how far we have come in addressing basic health issues around the world and uncover hidden stories of progress.
The project’s first-round health case studies explored progress in Bangladesh, Eritrea and Rwanda and were carried out between 2009 and 2011. The second round, currently underway, has two focus areas: maternal health (with case studies in Nepal and Mozambique) and neglected tropical diseases (NTDs) (Sierra Leone and Cambodia).
Maternal health is intrinsically important because people’s prospects in life depend on it to a large extent. It is also a proxy for the capacity and strength of health systems and government’s ability to deliver core services. NTDs are of particular interest as they disproportionally affect the world’s poorest and are dependent on and can accelerate progress in a range of other development areas (poverty, nutrition, water and sanitation, women’s empowerment, education).
Although these countries represent very different local contexts, we can identify clear and consistent factors driving progress across them all:
Despite the high levels of progress these strategies have attained, challenges remain. For instance, the provision of health services has relied widely on community involvement and voluntarism. Despite volunteers being rewarded in terms of respect shown by members of their communities and by the few incentives in place (e.g. provision of mobile phones, T-shirts etc.), keeping them motivated is becoming increasingly challenging. In the same vein, progress has been possible as a result of the financial flows provided by donor countries, which puts sustainability in question, as aid budgets in the developed world are under threat. As such, there is still a need for countries to mobilise internal resources in order to reduce their dependence on aid.
The bigger picture, however, should put a spring in our step. We can state, without doubt, that progress in health care is happening and reaching the most underserved populations in the poorest countries in the world. The increasing body of evidence documenting how progress has been achieved in some settings provides a great opportunity for policymakers from countries facing similar challenges to get inspired by successful strategies and best practices that have worked elsewhere.
Optimization WordPress Plugins & Solutions by W3 EDGE